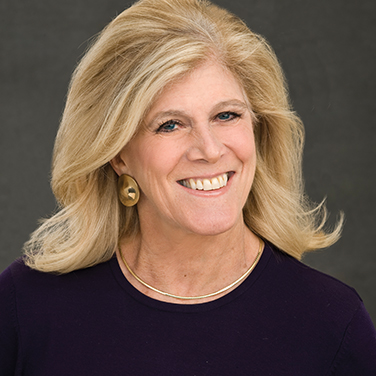 Award-winning broadcaster and author Lynn Sherr is now a podcaster, co-hosting (with Pulitzer-Prize-winning columnist Ellen Goodman) She Votes!, celebrating the centennial of the Woman Suffrage Amendment and examining the ongoing role of women in politics.

Sherr spent more than 30 years with ABC News covering a wide range of stories – from women’s issues and social change to investigative reports, politics, science and the space program – at “20/20” and World News. Her writing has appeared in numerous publications, including The New York Times, The Washington Post and Parade (cover stories on President and Mrs. Obama, then-Vice President Biden and Dr. Jill Biden, Mitt Romney, Neil deGrasse Tyson and Ina Garten, among others), as well as in Swimmer magazine. She continues to broadcast on a variety of platforms, to write for magazines and online, and to lecture across the country.

During the 2016 presidential campaign, she wrote a number of opinion columns for various online sites, including BillMoyers.com, where her articles are still archived.

Her biography “Sally Ride: America’s First Woman in Space” was published in 2014. Among its other honors, the book was a New York Times bestseller, and was a Best Book of the Year for the Washington Post and the Los Angeles Times.

Widely acknowledged as a biographer and expert on the life of Susan B. Anthony and the suffrage movement, Sherr is also the author of a number of other bestselling books, including “SWIM: Why We Love the Water” (PublicAffairs, 2015); “Outside the Box: My Unscripted Life of Love, Loss and Television News” (Modern Times, 2006); “Failure Is Impossible: Susan B. Anthony in Her Own Words” (Crown, 1996); and “Tall Blondes: A Book About Giraffes” (Andrews McMeel Publishing, 1997), which was also the subject of a one-hour documentary she hosted for the PBS “Nature” program. Sherr also wrote (with coauthor Jurate Kazickas) “Susan B. Anthony Slept Here: A Guide to American Women’s Landmarks” (Three Rivers Press, 1994).

A regular speaker on the lecture circuit, Sherr has also covered topics including her personal experience with cancer, the connection of ancient Greece to modern times and the saga of her own career in television news. She has also written a one-act play about Susan B. Anthony.