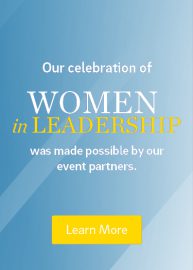 Sally Ride blasted off aboard shuttle Challenger on June 18, 1983, to become the first American woman—and, at 32, the youngest American—in space. She flew on Challenger again in 1984 and later was the only person to serve on both panels investigating the nation’s space shuttle disasters—the Challenger explosion in 1986 and the breakup of Columbia in 2003.

To celebrate the release of a U.S. postage stamp honoring the pioneering astronaut, three trailblazing women will sit down together May 23 for a conversation on Women in Leadership hosted by Sally Ride Science at UC San Diego.

The three women taking part in the panel discussion, who were all close friends of Ride, are:

With journalist and author Lynn Sherr serving as moderator, they will share their personal stories and their vision for how women can help lead our nation to a better future.

“Like Sally, the panelists and moderator are remarkable leaders who have shattered barriers and led the way for women in their fields,” said Tam O’Shaughnessy, Ride’s life partner and executive director of Sally Ride Science at UC San Diego. “This promises to be an exhilarating evening.”

The U.S. Postal Service® will issue the stamp honoring Ride during a ceremony at 5 p.m. May 23 at UC San Diego’s Price Center. The stamp ceremony is free and open to the public. For information, visit: http://about.usps.com/news/national-releases/2018/pr18_021.htm. The Women in Leadership event, which is by invitation, will follow at 6:30 p.m., also at Price Center.

The Postal Service announced in December that Ride, who died in 2012, would be honored with a Forever® stamp this year along with rock ’n’ roll immortal John Lennon; singer and actress Lena Horne; and children’s television host Fred Rogers.

“I worked with the Postal Service staff to make sure the portrait on the stamp captures Sally’s essence—her cool demeanor, her warm smile, and the mischievous spark in her eyes,” said O’Shaughnessy. “I am thrilled with the result.”

The stamp ceremony and leadership event are being held at UC San Diego in recognition of Ride’s long association with the university. After retiring from NASA, she became a physics professor there. Today UC San Diego is carrying on Ride’s legacy as an advocate for diversity in science education.

Ride joined with O’Shaughnessy and three other friends in 2001 to found Sally Ride Science. The company’s goal was to encourage girls and boys of all backgrounds to study science and to consider careers in science and technology. Ride was chief executive officer of Sally Ride Science until her death in 2012 from pancreatic cancer.

In 2015, Sally Ride Science became part of UC San Diego. Based at UC San Diego Extension, the nonprofit has built on the work of the company’s founders by launching innovative programs in science, technology, engineering, arts and math (STEAM).

O’Shaughnessy will introduce the panelists, who bring fascinating perspectives on what it means to be a woman in a leadership position in sports, science, diplomacy and other realms.

King, who achieved tennis immortality by winning 39 Grand Slam titles, has long been a crusader for equality for women in sports and for social justice in all areas of life.

Ochoa, a research engineer, became the first Hispanic woman in space aboard shuttle Discovery in 1993. She flew in space four times, logging nearly 1,000 hours, before becoming director of Johnson Space Center in 2013.

Rice, a professor of political science at Stanford University, served as U.S. secretary of state under President George W. Bush from 2005 to 2009. She was the first African American woman to hold the post. Rice also served as Bush’s national security advisor from 2001 to 2005, becoming the first woman to hold that position.

Sherr, the panel’s moderator, is an award-winning broadcaster and author who spent more than 30 years with ABC News. While covering the space program, she became friends with Ride. After Ride’s death, Sherr published a biography, Sally Ride: America’s First Woman in Space.

Ride received many honors, including the Presidential Medal of Freedom, awarded posthumously by President Barack Obama in 2013. In 2016, the U.S. Navy commissioned a research vessel named for Ride. Scripps Institution of Oceanography at UC San Diego operates the R/V Sally Ride.