Dr. Tam O'Shaughnessy is cofounder of Sally Ride Science and executive director of Sally Ride Science at UC San Diego. Tam grew up in California and played professional tennis from 1971 to 1974. She later earned B.S. and M.S. degrees in biology from Georgia State University and a Ph.D. in school psychology from the University of California, Riverside.

Tam has written 13 science books for children, including six with Sally Ride. They received the American Institute of Physics Children's Science Writing Award in 1995 for The Third Planet. In 2015 Tam published Sally Ride: A Photobiography of America's Pioneering Woman in Space. It was nominated for the 2016 Kirkus Prize for Young Readers’ Literature.

As a scientist and educator, Tam became concerned about the underrepresentation of women in science and technical professions. In 2001, Sally, Tam, and three friends—Karen Flammer, Terry McEntee, and Alann Lopes—founded Sally Ride Science to try to narrow the gender gap in science. Tam served as the company's chief creative officer, guiding creation of the Cool Careers in STEM and Key Concepts in Science programs. She was also chief operating officer from 2009 to 2013, chair of the Board of Directors from 2013 to 2015, and chief executive officer from 2014 to 2015.

The University of California, San Diego, acquired Sally Ride Science in October 2015 and named Tam executive director of the resulting nonprofit organization. Tam also serves as a member of the Advisory Board for the Smithsonian’s National Air and Space Museum.

Karen is a third-generation physicist. She earned her B.S. in applied physics and Ph.D. in space physics at UC San Diego. While doing research in space and planetary physics, Karen became passionate about educational outreach and increasing girls' and minorities' participation in science, technology, engineering, and math (STEM) fields. In 2001, she co-founded Sally Ride Science with the goal of narrowing the gender gap in STEM.

Karen has more than 20 years of experience directing large-scale STEM outreach and professional development programs, most notably Sally Ride EarthKAM and the Sally Ride Science Academy. Sally Ride EarthKAM engaged more than 600,000 K-12 students from 80 countries in STEM by allowing them to photograph Earth with a digital camera on board the International Space Station. The Sally Ride Science Academy, a robust train-the-trainer professional development program, has reached more than 30,000 educators, giving them strategies and resources to encourage students' interest in STEM. 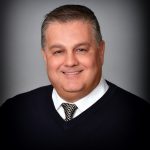 Dr. Edward Abeyta is the associate dean for education and community outreach at UC San Diego Extension. He has a B.A. from the University of New Mexico, an M.A. from the University of San Diego, and a Ph.D. in post-secondary adult education from Capella University. Edward has been recognized by UC San Diego and the UC Office of the President for his involvement in staff diversity and development initiatives. In 2008 Edward was selected to a two-year term as staff advisor to The Regents. He has served on the UC Diversity Commission, Post-Retirement Task Force, and The Regents' UC Commission on the Future.

Edward founded the University of California STEAM Channel. He is active in the San Diego community as a trustee of the San Diego Youth Symphony and a founding board member of the San Diego Urban Discovery Academy charter school. He is deeply involved in programs serving foster youth and veterans, and other youth development programs.

Morgan Appel is Assistant Dean for Education and Community Outreach at UC San Diego Extension, serving as its chief administrator. Appel oversees a diverse array of professional development programming for programs for practitioners and clinicians. He served in the same capacity at the Division of Continuing Education UC Irvine Extension following a research appointment at the Claire Trevor School of the Arts at UCI. With expertise in education transformation and policy, Appel worked with a number of school districts and research institutes to explore the impacts of legislated and organically generated change agentry in PK-postsecondary.

A specialist in gifted education; arts integration; and the socio-affective domain, Appel teaches a variety of courses at both UC San Diego and UC Irvine. He is a widely published author and presenter at conferences and other venues. Appel lives in San Diego, California, with his wife Catherine and their dog Jonathan Fitzgerald.

Megan Lancaster is a Program Manager for Education and Community Outreach where she focuses on planning, implementing, and evaluating academic and enrichment programs to meet the individual needs of students in the preparation of collegiate and professional pursuits. Prior to working with UC San Diego Extension, Megan served as the Program Supervisor for the Viejas Tribal Education Center and also taught grades K-12 in the local public and private school districts. Megan received a B.A. in Social Science from San Diego State University and a Single-Subject Teaching Credential in Social Science, Multiple-Subject Teaching Credential, and M.A. in Education from Azusa Pacific University. 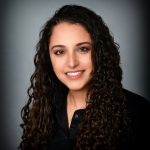 Maysoon Dong is the Senior Program Manager for Education and Community Outreach. She has worked for UC San Diego in a variety of different capacities for over 7 years. Prior to working with UC San Diego Extension, she was the Assistant Director of the California State Summer School for Mathematics and Science (COSMOS) program at the Jacobs School of Engineering. She also worked in the Division of Biological Sciences as a Program Coordinator, developing and maintaining continuing education programs for professionals in the field of biotechnology. Maysoon received her B.A. in Mathematics and Economics from UC San Diego and received her M.S. in Economics from Boston University.

Roxann Bedia is the Operations Manager for Education and Community Outreach at UC San Diego Extension, charged with budgetary oversight and supervision of instructional staff. Bedia has 20 years of experience in postsecondary education including service in teacher education, as a credential analyst, in financial aid, and student services.  She serves on the Board of Institutional Review for the California Commission on Teacher Credentialing as well as a variety of committee assignments at Extension and on the San Diego campus.

Quiana Oates joined UC San Diego Extension in 2019, continuing her career in higher education, where she has been working progressively since 2006. Quiana has earned a Bachelor of Science in Counseling Psychology from Columbia Union College and a Master of Public Administration from Washington Adventist University. She is currently a (2020) doctoral candidate in the Doctor of Business Administration program at the University of Maryland University College.

Quiana has worked for more than 12 years on college and university campuses, in the area of admissions, advising, student success, and retention, while developing strong mentoring relationships with a variety of students including first-generation and underrepresented students. Her areas of interest include test-prep, student success, retention, diversity and inclusion, and leadership development. In 2016 Quiana was inducted into Sigma Beta Delta, a scholastic honor society that recognizes academic achievement among students in the fields of business, management, and administration. 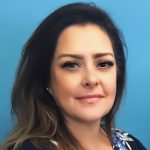 Christine Morales has been in the educational field for 28 years working in a variety of capacities from an Assistant Principal, a middle school teacher, an elementary school teacher and as a Special Education Classroom Assistant. Most recently, she has expanded her experience to include working in the role of Program Supervisor for Sally Ride Science Junior Academy through the department of Education and Community Outreach at UC San Diego Extension. In 2019, Christine won the Teacher of the Year and has received the same honor at different school locations throughout her career. She has sat on numerous district-wide and school committees which include LCAP, School Site Council and the PTA. 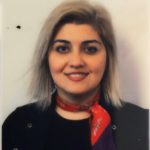 May Hasan, MBA is Program Manager and Instructor at the Education and Community Outreach Program at UC San Diego. May worked and lived in different countries around the globe and earned her Master’s degree in Business Administration in 2010 from the New York Institute of Technology. May has worked for over 13 years with the United Nations in programs like Women Empowerment, Education as well as Rule of Law, Human Rights, and Justice. In the USA, prior to joining UC San Diego, May worked with youth, families, and school districts with San Diego Youth Services. In addition, May co-founded an organization called Bridge for Collaborative Communities to help to empower women and educating newcomers to the USA as well as other community members on many topics related to higher education, diversity, inclusion, acculturation, volunteerism and healthy living.

May’s life journey as well as her effective influence in her community soon after her arrival to the USA, was showcased in the Women Museum of California. May also was awarded as a successful newcomer to the USA due to her active and successful involvement and participation in the community. May brings over 22 years of related experience, within and outside the USA, to participate as a Program Manager for the Sally Ride Science Junior Academy.

Margaret King was senior science editor and writer at Sally Ride Science from 2009 to 2015, when Sally Ride Science became part of UC San Diego. Margaret helped create books and teacher guides that presented science concepts and profiled notable scientists with the goal of awakening students’ interest in science careers. Before joining Sally Ride Science, she worked at The San Diego Union-Tribune in a variety of editing positions, including as politics editor and editor of the “Quest” science section. She received her bachelor’s degree from the University of California, Berkeley, with a double major in English and history and her master’s degree in journalism from Columbia University.

Jennifer Matthews is a graphic designer at the Institute for Geophysics and Planetary Physics at Scripps Institution of Oceanography, UC San Diego. There she has been helping to illustrate and promote the efforts of geologists, glaciologists, seismologists, and other Earth science researchers for the past 15 years.  Her tenure at IGPP has also given her the ability to work with other departments and programs at Scripps and UC San Diego, notably Birch Aquarium, Scripps Director's Office, PRAGMA, and now Sally Ride Science.  Prior to joining the staff at IGPP, Jennifer served in a similar capacity at UC San Diego's San Diego Supercomputer Center for five years.